Now Available for iOS and Android
This listing is a duplicate. A more recent version can be found here.

Up for sale is a Panerai PAM 590 Luminor 8 Days Acciaio Breverrato 44MM Box & Papers. The timepiece is in excellent condition.

Solid references are available on the forums.

Priced at $5,775 shipped within the US or Face to Face Deal in Atlanta, Georgia

I am just a watch collector and independent watch seller. And I am not affiliated with Panerai USA in any way. My watches come from various dealers in the US and around the world. All my watches are guaranteed authentic and I will stand by its Authenticity

This seller did not provide contact information in the listing description. You must be a member of Omega Forums to send them a private message. If you are not already a member, request a new account at https://omegaforums.net/login/.

Giovanni Panerai (1825–1897) founded Officine Panerai in Florence, Italy in 1860. By 1900, under the leadership of the founder's grandson Guido Panerai (1873–1934), Officine Panerai had become an official supplier to the Regia Marina (the Royal Italian Navy), supplying watches and precision instruments. Panerai watches of this time consisted of cases designed and manufactured by Rolex SA and movements made by Swiss manufacturer Cortébert.

The Florence-based watchmaker produced wrist-worn diving instruments and, between 1938 and 1970, delivered around 1600 watches (~1000 3646, 24 6152, 36 6154, 500 6152/1, 60 GPF 2/56), most of them to the Italian Marina Militare. Two models, today identified as the "small Egiziano" and the "big Egiziano", were also produced for the Egyptian Navy. By 1970, the company ceased to provide watches to the Marina Militare, as they were neither cost-effective nor met the naval specifications. In 1993 it then moved to launch its products to the civilian market. The actor Sylvester Stallone spotted and bought a Panerai Luminor at a jeweller's shop in Rome in 1995 to wear during shooting of the film Daylight. Stallone ordered a small batch of such watches with his signature on the case back, called Slytech, offering some as gifts to friends. This hugely influenced the resurrection of the brand. 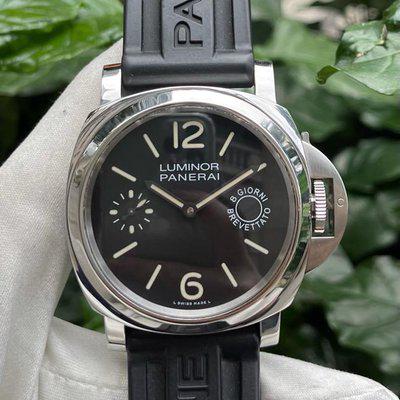 Built with by 60CLICKS — All Watch Images Copyright Their Respective Owners